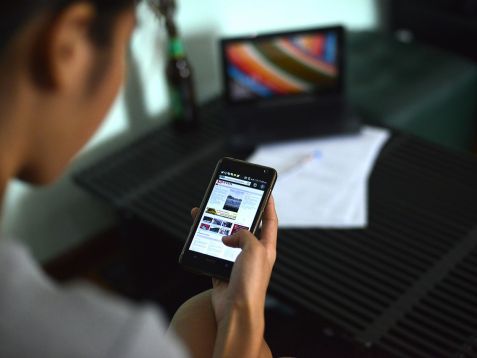 Internet technology and research company Gemius has published Top of 10 most visited websites in Estonia in October 2020. As in September, portals tv3.ee audience continued to increase and showed significant increases in total and mobile statistics. Meanwhile reaching +15 000 Real Users, elu24.ee moved to the 3rd place in Computer top, switching places with ohtuleht.ee.

In October, despite small audience ups and downs, all sites maintained their position in the top of total statistics. Site’s tv3.ee audience continued to increase and grew by +36 000 Real Users which is biggest increase from all platforms together in previous month. It should also be noted that news portals geenius.ee number of users grew by +17 000 readers.

The most visited site from all devices, i.e., from computers, mobile phones, and tablets together, in October as in the previous months was news portal delfi.ee with 690 000 Real Users, followed by postimees.ee with 631 000 users and decrease by -15 000 readers. Meanwhile third position is taken by elu24.ee with an audience of 469 000 users and increase by +16 000 users. In fourth position is portal ohtuleht.ee with 441 000 users from all devices and decrease by -10 000 readers, but Top 5 is closed by above mentioned geenius.ee with 312 000 Real Users.

However notable decrease was shown for portal mail.ru with -14 000 users, but it remained its position in Top 10.

Several significant increases allowed portals to change places in Computer top this October. However, top is revealed by delfi.ee with 496 000 users which is the same audience as in September, but portal postimees.ee takes second position with 410 000 users and small decrease by
-1 000 users. Meanwhile portal elu24.ee with audience increase by +15 000 reached 3rd place in the Computer top, leaving ohtuleht.ee in 4th position with audience of 255 000 users. Top 5 is closed by tv3.ee and increase by +16 000 Real Users, allowing portal to rise by one position in Computer top.

Small audience decreases were shown for sites online.ee with -4 000 users and mke.ee with -3 000 readers in previous month compared to September.