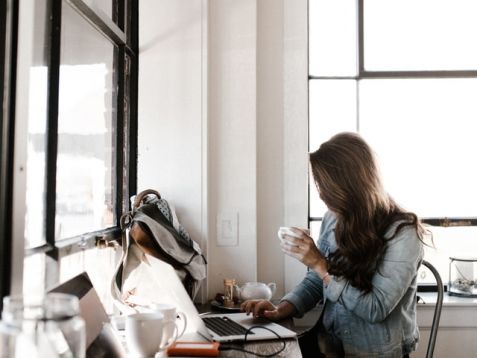 Internet technology and research company Gemius has published the most visited website Top in Estonia in May 2021. Biggest audience increase in total and mobile statistics was noted for portal geenius.ee. Meanwhile, according to changes in gemiusAudience research sites, sites iluguru.ee and kirss.net joined Top sites.

Total statistics top in May is revealed by delfi.ee with 679 000 Real Users from all devices, i.e., from computers, mobile phones, and tablets together, which is -7 000 compared to April data. According to changes in gemiusAudience study sites, the list of Top 5 sites has also changed. Portal ohtuleht.ee takes 2nd place with an audience of 435 000 and drop by -12 000 visitors. Meanwhile with significant audience increase – by +51 000 users – portal geenius.ee takes 3rd place with 328 000 Real Users from all devices together. With biggest decrease in numbers – by -24 000 users in May - site tv3.ee takes 4th position, but Top 5 is closed by vk.com with 121 000 visitors in previous month and decrease by -7 000 users.

It should be noted that in May Postimees Group sites – postimees.ee and app, elu24.ee, neti.ee and kultuurikava.ee – left the gemiusAudience study. Postimees comments on it as follows:

“Postimees Grupp ended the participation in Gemius Audience research because we found that being the biggest commercial media group in Estonia and benchmarking ourselves against other market players distorted our daily workflow. Distracting our editorial team from their most important work of writing insightful articles. In addition, the study lacked the public participation of a major market player – Estonian National Broadcaster.”

Accordingly, portal liigume.ee returns among Top sites as in March with 28 000 Real Users from all devices, but portals iluguru.ee with 8 000 visitors and kirss.net with 7 000 users joins Top sites in May.

Small audience decreases were also noted for site ok.ru – by -4 000 visitors compared to April – with 30 000 users from computers in previous month. However, vk.com with an audience of 65 000 visitors showed decrease only by -3 000.

As in total statistics top, changes in the gemiusAudience research participants resulted in Top site changes and portal’s liigume.ee return in Computer top with 13 000 users, while kirss.net joins Top sites with 3 000 users.

Like in total statistics, portal liigume.ee returns among Top sites as in March with 17 000 Real Users from mobile devices, but portals iluguru.ee with 6 000 visitors and kirss.net with 4 000 users joins Top sites in May.

Top 10 is based on data about internet audience that is aged between 15 and 74 years of age, is from the territory of Estonian state and visit sites from computers, mobile phones, and tablets. The sites included in this top are those that participated in the gemiusAudience research in May. gemiusAudience research is based on a complex and modern methodology that allows to see the number of real persons (Real Users) within a page, rather than looking at cookies or IP addresses that do not show the number of actual persons visiting the relevant page. To sign up for gemiusAudience research or to find out more information about it please write to kontakt@gemius.ee.